Every time we meet someone for the first time, the encounter has the power and visual equivalent of a poem, a painting, or a song. Life is full of these events that seem left random. Instead, they are highly symbolic and meaningful.

Just as a river’s confluences, life’s confluences happen in everyone’s life traveling from some pretty strange places, moving frequently, and bumping into our side. Over the years, they are keeping reproducing and taking forms of encounters, coincidences, or occurrences. I have been trying to learn about these significant moments; still, I cannot comprehend what is causing it. However, I am keeping receiving these excellent invisible connections. We are all spiritually linked. Here are some signs of these perfectly timed moments.

I have had cancer for many years. Consciously, I avoided talking “about it.” Later, when I intended to convey my feelings, the illness limited my mind to deep brown somber holes. Despite trying to connect with others, my melancholy prevailed.

The liberation came when I had my enlightened encounter with Pamela Worrell -Black, a superb social worker with Fairfax Inova Hospital, who begged me to attend a gratis retreat offered by a non-profit organization Casting for Recovery for breast cancer survivors. I bluntly rejected the idea because I was determined to leave behind everything that had to do with cancer. In my Italian Chilean culture, we tend to confide in family and friends. If it is winter, we drink tea and prepare ‘sopaipillas’ (fried bread), and if it is summer, a cold white wine with an array of cheeses will cure all kinds of sicknesses, mostly young broken hearts.

However, Pamela’s persuasion was more substantial than my rebuff. She was extremely big-hearted, describing the positive effects of that retreat. Finally, I accepted that someone from the organization would call me, and then my second marvelous encounter emerged, Carol Stevenson. She is one of the sweetest and kindest volunteer-leaders of Casting for Recovery. Carol talked to me on the phone for one hour and a half, was so caring and compassionate–a survivor as well–that I treasured the loving things that she confessed to me.

It all started at a glorious weekend in a locality appropriately called “A Place Apart”; Shrine Mont was formerly a hotel that dates back to the 19th Century and now is a retreat and conference center located in Orkney Springs, Virginia.

The mountains were waiting with an undisturbed silence. I heard the valley mist; I listened to the main attraction: the mighty RIVER with fine singing and dancing water. The river’s rhythmic energy was such that it bewitched me. I visited this idyllic place to infuse my dreams, heal my soul, and learn how to fly fish. This exercise would decrease the radiation and chemotherapy and prevent and protect Lymphedema, a side effect of breast cancer surgery.

We were just fourteen women with a variety of concerns, feelings, reactions, and resentments. To belong to this group, you don’t need education or a doctorate. Nor speak a second language. You could be fat, tall, with curly hair. You could be tan, yellow, black, or white. It did not matter to have an authoritarian personality or be timid as a bird abandoned in the snow. Here, money or recommendations did not count. The only creepy common denominator was having suffered from breast cancer.

At the retreat center, the discussions were very informal. We had a ritual space near the chimney where each of us, guided by counselors, redefined our illness, shaped our hopes, and, most importantly, strengthened our connections and humanness. Gradually and slowly, we permitted ourselves to glimpse into our inner strata.

The group (my first ever) ignited great personal transformation. I made many confessions. I was forever talking, could not stop telling happy stories and cracking jokes. I was singing and dancing. I metamorphosed into the one that I used to be. Finally, I was able to reconcile with my younger self, the one that left Chile­– the same soul that escaped to America because she could not handle the pain of losing her mother to cancer at the age of 49. Now, I know that geographical therapy never works.

During the healing sessions, I had many stimulating thoughts that expanded my quest. I discovered that each attendee had a rich and appealing story to be told. The buoyancy of that gathering’s human spirit enlarged my vision, awakened new depths of compassion and gratitude, and reassessed my own identity. It was an incredible experience that enhanced my life. It taught me that individuals, no matter where they are coming from, no matter their cosmic differences, are universally connected by love, strength, empathy, and spirituality. The healing process is not limited to friends, fried bread, or white wine.

On my way to the river, I had my doubts about fishing. I must admit that it never appealed to me. How wrong I was! Those moments in the river were the most superlative hours of fishing imaginable. At the river occurred my third encounter, and it was overpowering. I had the privilege of being assigned the experienced river guide, Phil Gay, a master casting instructor that has lead CEOs on fishing excursions to some of the most enthralling rivers in the world.

During my training, Phil instructed me to watch a group of fish that gathered around the one I had caught with his aid. He asked me what I had observed, and I answered, “I don’t see much, only the fish petrified under the hook.” Gallantly, Phil did loan his unique sunglasses and told me, “now you will observe better.”

Utterly astonished, I discovered an entire underwater world of fish bonding. The camaraderie’s dynamic was developing just before my eyes; a group of fish surrounded the “unfortunate captive,” rushing to his side like sharing perhaps some pain or conveying messages. This kind of interspecies attachment– this demonstration of solidarity proper of human beings impacted me profoundly. They narrowed the circle around him–no clatter–soundless and paused. They seemed to understand what was happening and that conduct of sharing support was so tender that it strikes a poignant chord with me– I visualized a funeral!

Fortunately for “our terrified captive,” Phil released it gently using a net without removing it from the water. However, the fish was too frightened to move a fin. He stayed in the net for seconds, perhaps praying to the spirit of the river. Finally, with the soft pat of encouragement and Phil’s voice, convinced him that it was okay to go. Then he freely swam away, and together with the others, glided into the river horizon.

Attending this healing retreat gave me a profound emotional perspective with a chance of rediscovery. I sensed a deep passion for life; I felt liberated and pampered. However, in communion with the valuable lived experience and seeking a meaning to all of this, I believe the most outstanding lesson of this journey was the parallel of the social and emotional affiliation between our group of courageous women and the fantastic collective cohesion detected amidst the school of fish.

Casting For Recovery is a tax-exempt organization
under the 501(c)(3) section of the IRS.

We'd love to hear from you! Drop us an email and we'll respond right away! 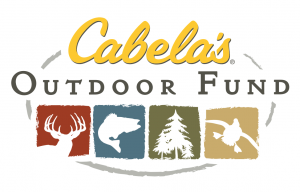 September 9-13, 2021*
*Sept. 9 and 13 are travel days, to accommodate ferry transportation, at no cost to participants

(Transportation to and from KTN International Airport is the responsibility of the participant, with a group discount code to be supplied by Alaska Airlines. Once arriving in Ketchikan however, all local transportation will be provided at no cost.)

This program is holding two retreats this year at the North Fork Ranch. Please apply to only one retreat.

Southern Colorado: If you live in the San Luis Valley (the 6 southern counties of Alamosa, Conejos, Costilla, Rio Grande, Mineral and Saguache), you may apply to the New Mexico Retreat if it is closer for you.

The link for this retreat application will available as soon as the date and venue are confirmed.

This program is holding two retreats this year: one for women who live in Southern CA, and one for those who live close to the Central Valley. Please apply to the retreat that is closer to you.

CfR - West of the Continental Divide